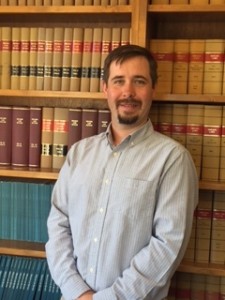 Garrett received his undergraduate degree from the University of Denver and his law degree from Lewis & Clark.  Following college, Garrett lived for eight years in Chile, where he founded a technical translation company and directed the English as a second language programs for a Chilean university.  Garrett is fully bilingual in English and Spanish.

Garrett’s legal practice focuses on immigration law, family law and assisting clients with business, property and landlord-tenant issues.  He is a member of the American Immigration Lawyers Association and serves on the board of Radio Tierra, a nonprofit community radio station that broadcasts throughout the Columbia Gorge.  He hosts a weekly Spanish language talk show focused on legal issues and immigration law.

Garrett was born and raised in the Hood River Valley.  He resides in Hood River with his wife and two young daughters.  He helps farm his family’s organic pear and apple orchard and enjoys many of the outdoor activities available in the Columbia gorge, including skiing, kiteboarding and biking.  Garrett is also an avid soccer player.